Recently I have encountered a problem in Emacs when using flyspell-buffer command to spell-check a text in Emacs. I tracked down the problem and decided to report the bug.

The problem was complicated and it was possible to reproduce it only for texts which use more than one writing system (e. g. Latin and Cyrillic) and only under some circumstances. 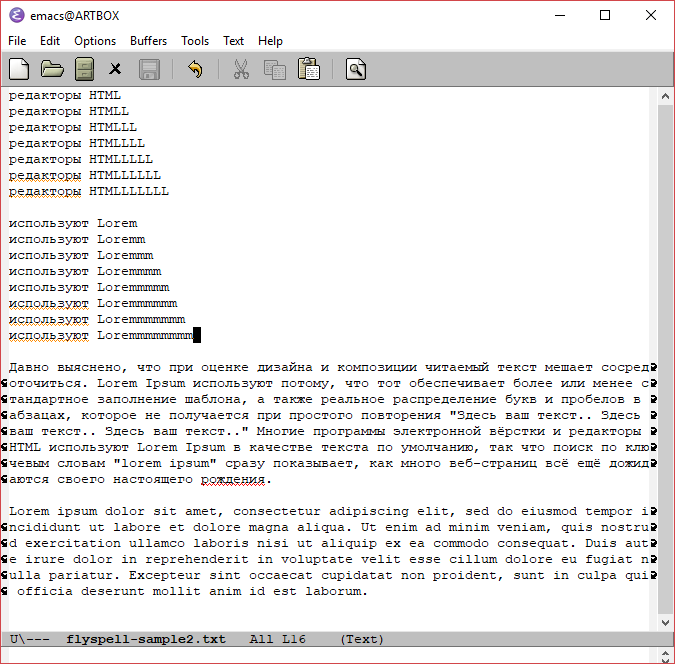 Emacs developers were very responsive and after few days Eli Zaretskii tracked down the root of the problem and provided a better fix which is going to be incorporated into Emacs 26.2.

If you happen to use an older version of Emacs and have to spell-check some multilingual texts often, you might want to consider redefining flyspell-external-point-words in your configuration file with the version, provided below.

Alternatively, you can put the function definition into separate file (flyspell-fix.el) inside your Emacs configuration directory (~/.emacs.d) and load it only for Emacs versions which are older than 26.2.

After creating flyspell-fix.el file, as mentioned above, add the following lines into your Emacs's configuration file: